When I was a new researcher, I was enthralled to have found my first ancestor who had served in the Revolutionary War. Thinking that I wanted to go to his gravesite and pay homage, I began a search for his resting place. To my surprise, I discovered that he was not in a military cemetery or any cemetery, for that matter. He was buried on what used to be his land “on the spot where he fell” as he was farming. The property in Ohio had long since been sold to make way for a farm road that ran just a few feet from his marker. The DAR had been careful to acknowledge his service with a marker of their own. As my son and I drove near to the grave, I wondered what kind of state it would be in, all alone alongside the road. Standing next to my car, I shielded my eyes from the hot August afternoon sun and peered out at my destination.

“He gets lots of visitors!” I heard a young voice call. I turned to face the house across the road. A boy of about 12 or 13 walked briskly toward me. “The man that owns this property now doesn’t like him being here,” he continued, pointing to a wire fence that ran around the grave and the lone tree beside it. I could see tire tracks on top of the grave and all around the marker that read “Thaddeus Fuller, Revolutionary War”. Being prepared for solitary thought, I was taken aback by this tiny intrusion. “What’s your name?” I asked. “Austin. My dad and I take care of him.” He wanted to talk, and I absorbed his words along with all the emotions this newfound family history brought me. “The man tries to run over him with his tractor, but he’s safe now.” I’m sure I frowned. What did he mean, he’s safe now? “The town had a meeting and said the grave has to stay, so my dad and I mow the grass and weed eat around it. He gets lots of visitors,” he repeated. “Are you related to this man, Austin?” I thought surely there was a connection to warrant his care. “No. We just take care of him.” “Do you get paid to take care of him?’ I was looking for a reason. “No, we just do it.”

“There’s a box on the fence over there,” he continued. “People leave messages for their relatives.” I could see a small box hanging on the wire. I hurried over and opened it. Inside were several small pieces of paper with names and email addresses of cousins I didn’t know. I jotted them down, almost breathlessly. I was overwhelmed. This was much more than I expected. I anticipated that I would sit in silence next to a gravestone and mull over the facts I had uncovered about my ancestor and how I fit into the big picture. My plan was interrupted by a boy who had a better idea. He gave me more than I expected to get. There was no time to think, only feel. I looked at my teenage son who had accompanied me. He was watching, assessing, undecided, I think, of what this was all about. It was new to him and to me. After a while, we took some pictures and wiped the marker a few times for good measure. I turned to Austin. “Thank you,” I said. “It means a lot to me that you take care of him and he’s not even your relative.” Austin shrugged. It seemed no big deal to him. But it sure was to me.

Driving away, my mind was full of emotions, but no words. What had just happened made me grateful for my ancestor who had fought for the freedom I have, for the DAR for recognizing my ancestor’s sacrifice, for my second and third cousins who had also made the trek across the country to show respect for our family history, for my son who had this experience with me, and for Austin and his dad who saw the value in preserving the grave for a man they never knew and had no connection to them for the mere reason that it was the right thing to do. 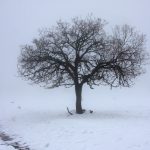 Welcome to Our Tree… 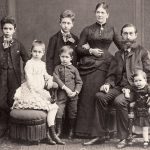